Tuba Christmas is a national annual concert originally organized by Dr. Harvey Phillips, a legendary tuba player, composer, advocate, and professor, as a tribute to his teacher, William Bell. The first Tuba Christmas concert took place at Rockefeller Center in 1974. Since then concerts have taken place all over the United States (and elsewhere), locally organized by distinguined musicians and crowdsourced with local muscians. Anyone from the public is welcome to sign up and play in a Tuba Christmas concert, so long as they bring and play a tuba or euphonium. Often times, hundreds of musicians take the stage at once! Students, teachers, amateurs, and professionals alike play together. Local composers, arrangers, and conductors take part as well. If you have any connection to your local music scene, you will often find familiar faces at these concerts, both on stage and in the crowd.

Our Tuba Christmas concerts in Winter Park and the entire Central Florida area are organized by Dr. Gail Robertson, a distinguished euphonium and tuba player and composer. Gail has contributed to many musical performances, taught at various universities, and is currently the vice president of the International Tuba and Euphonium Association.

Here are some pictures of 20th anniversary of Tuba Christmas in Winter Park, FL: 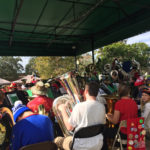 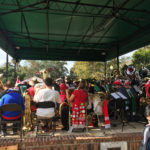 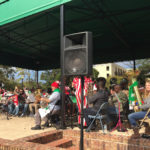 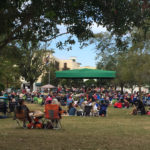 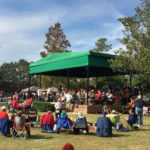 Here are a few videos of Tuba Christmas in Winter Park from years past: