At Sky Craft the other day, I found some fun little electronics kits for my son (and me :)). If you’ve never been, Sky Craft is the greatest brick-n-mortar electronics depot in Orlando since 1974 (note they are finally moving soon, though only a mile or two down the road).

One kit was a “mouse” of sorts that runs toward light that it detects. The other was a mini metal detector. Both kits were made by Velleman. Assembly was pretty easy, perhaps 30 solder points each and some twisting and snapping together. The mouse turned out great! We had some fun with it. There are two light sensors on the front corners (with correlating LEDs), each of which sense light and spin a corresponding motor to turn the mouse in that direction. So the direction and intensity of light effects how and where the mouse moves. 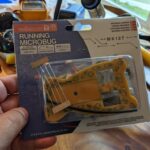 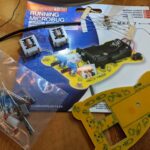 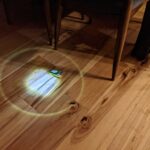 Unfortunately the metal detector did not work!! I went over all the points and double checked the polarity of the diodes multiple times. I checked the battery voltage, everything. Can’t figure out what’s wrong with it yet, but I believe one of the components is broken. I should follow the circuit and check each component to isolate, but I’m too lazy to do that so far. 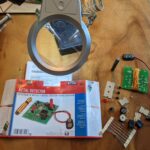 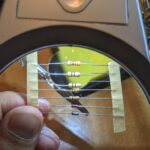 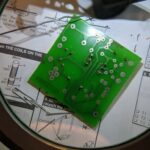 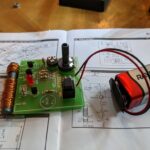 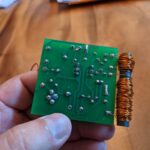