There is a great little Irish pub in downtown Orlando away from the main street called Harp & Celt. It’s actually two separate pubs connected together. In addition to a great atmosphere and occasional authentic music, the food is very good as well, including some classics, Americans dishes, and currys. A local group of musicians […] 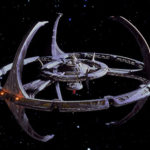 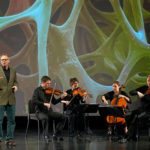 “Now is the time to believe what we know.“ – Yann Arthus-Bertrand “The greatest threat to our planet is the belief that someone else will save it.“ – Robert Swan The Crossroads Project is an interdisciplinary performance art project created and performed by various scientists and artists in order to raise awareness about climate change, […]

Spout: monochrome mission ships today! Thanks to Arthur Guibert for giving me the opportunity to score this great little game. It’s only the second low-fi game I’ve had the chance to work on. It is a remake of the original game by Kuni, ported and maintained by various developers, including: Alekmaul and Nick White. 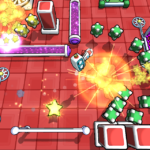 Gravity Lab! v2 ships today. Thanks to John Hinton and Ryan Ketley at Mobile Snap for giving me the opportunity to score this game. They did a knockout job on the look and feel. It plays well. I’m honored to have contributed. (ps: I’m also the voice of Steve the robot)