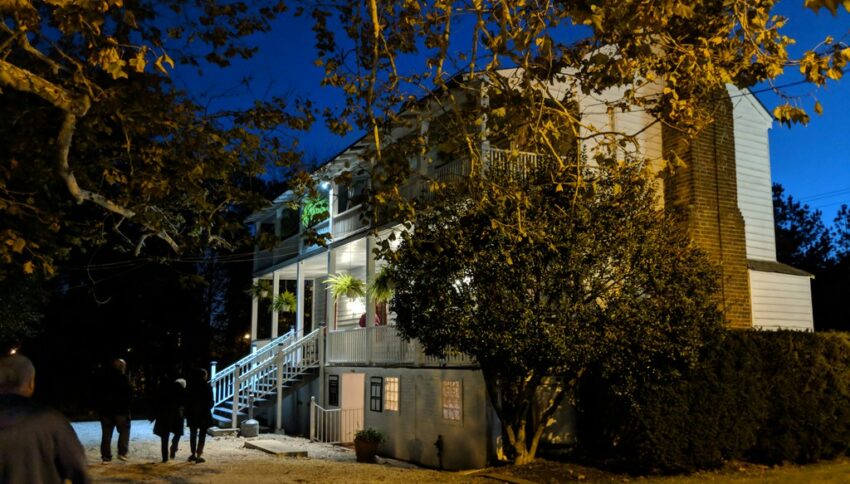 Tonight we dined at the historic Half-Way House Restaurant, located in North Chesterfield, VA, halfway between Richmond and Petersburg. Though easily overlooked today, it was once a mainstay for anyone traveling south of Richmond by carriage, and was an official change and rest stop for Petersburg Coach. The restaurant was built in 1760 on a land grant from George II of England dating back to 1743. The 2-story house and grounds still exist in nearly original condition. Some of the famous people who dined there, include: George Washington, Thomas Jefferson, Marquis de LaFayette, Patrick Henry, Ulysses S. Grant, Robert E. Lee, James Whitcomb Riley, etc. They say that late in the Civil War, during the first battle of Petersburg, it was commandeered by General Benjamin “Beast” Butler for his field headquarters, which given its location between the James and Appomattox, is very likely. 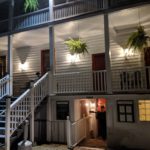 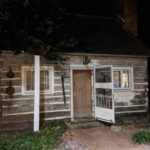 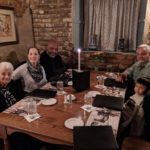 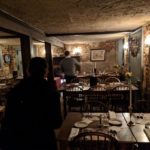 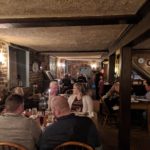 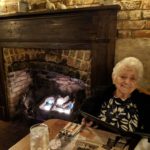 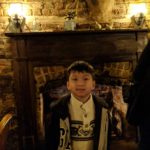