Crooked Road, a traditional Irish music band around Orlando plays at the Harp & Celt every other Wednesday and various other events around town. They been playing in the area for over 15 years. Vicki Gish and Scott Vocca will also be re-opening the new Claddagh Cottage on Curry Ford Rd this year. I’ve heard […] 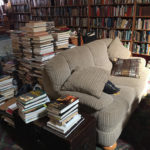 UPDATE: Maya moved across the street! I’ve been meaning to post something for years about my favorite used book store here in Central Florida (perhaps in the world!!), Yvette Comeau’s Maya Books and Music. First let me just say that I love used book stores. I can browse for hours. If someone comes along for […] 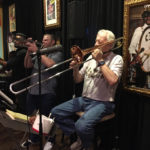 Heard Brown Bag Brass Band tonight at Tibby’s New Orleans Kitchen off Aloma. They are an informal sideline band with a rotating lineup, and they play around town at various places such as Tibby’s, Muddy Waters, Will’s, The Social, and private events like weddings, etc. They are fun and funky, and have that classic New […] 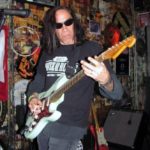 I saw Chris Hiatt playing in New Smyrna tonight. In the US he tends to stick around the Florida east coast (Daytona, Flagler, New Smyrna, etc.). Overseas he frequents Scandinavia, especially Sweden, having done 20+ tours. He seems to mostly be known as a Stevie Ray Vaughn cover act, having done SRV shows for many […] 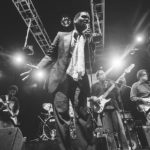 Just wanted to post something about Eugene Snowden, our patron saint of feel good music here in Orlando. He’s been playing in and around Central Florida for well over 20 years now, probably longer. Anyone who’s semi-knowledgeable of the Central Florida music scene, or has even gone to various local shows over the years, knows […] 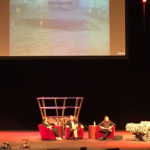 There is a small but cool little barcade off Mills Ave called BART. They regularly rotate their arcade and pinball machines. They offer various craft beers and ciders (bottle only). And they have local art on the walls for sale. There are some cozy couches in the back to hang out on. Usually they not […] 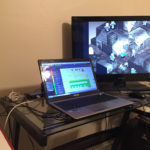 I’m composing music for a new tactics game, and because the team doesn’t have many visuals for me yet, I’m actually composing to Final Fantasy Tactics in the meantime. I’m no Hitoshi Sakimoto, but I’m still having a lot of fun!